Artist Statement Nancy is an impressionist-style landscape painter who enjoys experimenting with colour. She finds inspiration in the Canadian landscape,  experienced  during kayaking trips  to … END_OF_DOCUMENT_TOKEN_TO_BE_REPLACED

You are here: Home / Uncategorized / October/November 2015

Boy we have had a beautiful fall season this year! Many mild days…so unusual for November.

During the month of October, I had the privilege of attending a weekend long painting workshop at the Ottawa home of Gordon Harrison’s. I decided since the leaves were in full colour to paint a fall Algonquin Park scene, from one of the hiking lookouts that I had seen with my daughter and dogs. 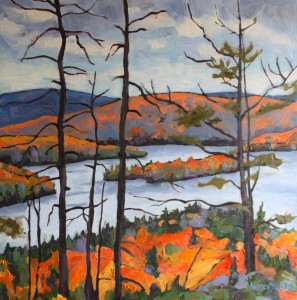 I enjoyed walking around in Ottawa and went for a stroll around Rideau Hall grounds.

My husband Dave and I also took a little getaway up to Port Carling in Muskoka to visit Ryan Fine Art Gallery. Even though we went the end of October, the leaves were still beautiful. Here are two views of Lake Rousseau area from that weekend. 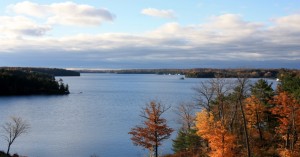 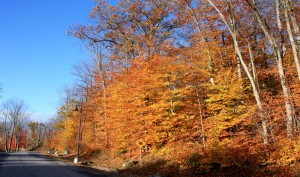 I really felt inspired by the fall colours and decided to try another version of the Algonquin Park Lookout in November. Here are a few progress shots 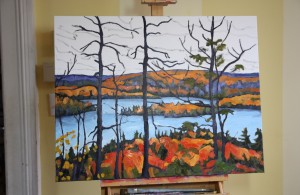 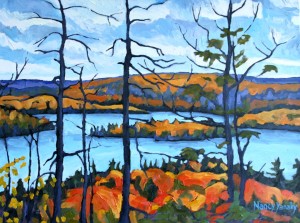 On November 28th I will be having an art opening at Synergy Artisan Gallery and will be doing a painting demonstration from 2pm until 4pm. I normally do not paint in public, so this will something new for me to try.